Despite nearly three weeks of rain, we have harvested 18.8 pounds of fresh vegetables in the month of May, up from April's total of 4.2 pounds. Last week's pick included:

That's right, two tomatoes. Remember when I bought this tomato plant back in February? We have had such fun over it. Granted we would have had more tomatoes by now, but without sunshine, we are surprised that these actually ripened.

And look what is coming on. Do you recall when I started some 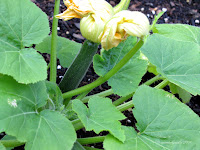 older yellow squash and zucchini seeds at the end of February to see if they would germinate? They did and have continued to grow until I finally put them outside several weeks ago. I do believe we will be grilling zucchini in a week.

Hawks
Sunday evening as we returned to the house following a quick jaunt to the vegetable garden, my husband looked up into the gray and continually misting sky and pointed. 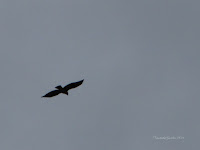 I ran for my camera for who would have imagined that hundreds of feet above and into the darkening evening sky, she hovered; we counted four little hawks that were being monitored, chaperoned, trained in flight.

Then there were two adults, and three, then two, 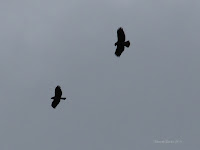 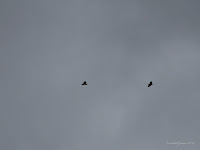 soaring higher and higher until they finally disappeared into the evening sky. And with that the turkey vultures returned to ride the evening currents.


Evening Grosbeak and Others

The Mourning Doves have been coming to visit as have the various and numerous finch and goldfinch, and two weeks ago, right outside my studio window, the Evening Grosbeak decided to honor me with his presence. What a beauty! 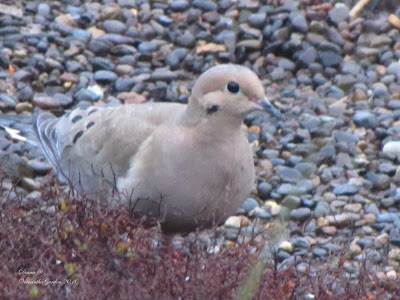 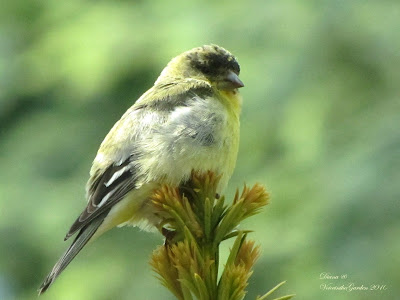 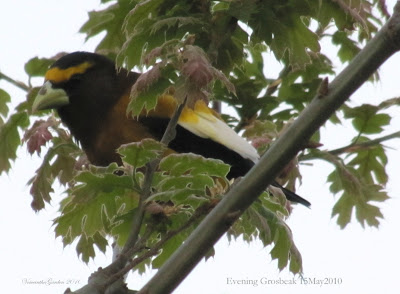 The White-crowned Sparrow was anticipating a bath. 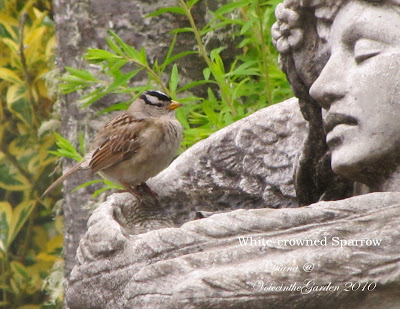 And just as I was about to hit send, this Pileated woodpecker was attempting to wreak havoc on the tri-colored beech right outside the window. No, no, no! 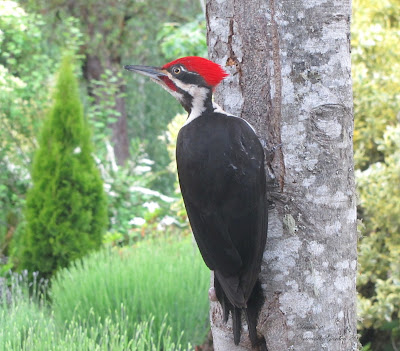