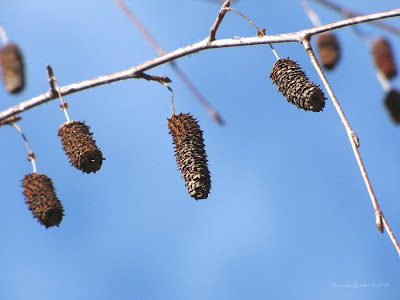 Having been formed by fall and remained tightly closed through the majority of winter, the catkins on most of the birch trees (Betula) are now gone, having expanded, flowered, released their pollens, withered and dropped to the ground. With yesterday's early morning walk toward the potting shed, in the distance I happily observed Yellow Finches partaking of the few lingering pendulous males whose final winged seeds would soon be spread. 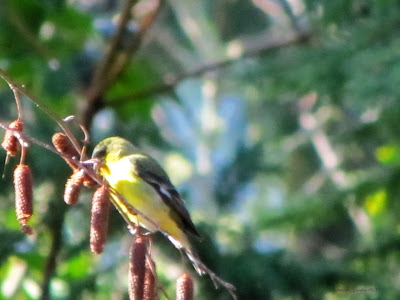 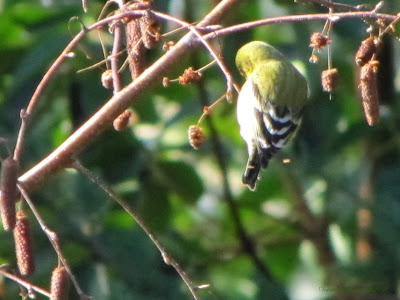