A single silhouette, but as daylight announces its being, the male winter flock arrives, busily and in constant motion. 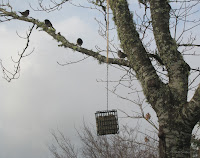 Two, four, eight, twelve... but only one larger and lively Dark-eyed Junco (junco hyemalis), the Oregon Junco (junco hyemalis oreganus), claims the suet feeder hanging from the beech outside the studio window. With guarded movement he hastily and sloppily eats and spews as juveniles wait patiently, dutifully perched upon the branches. And with a sudden swoop they are gone - to the ground the masses fly to forage those dropped kernels of grain. They arrive, depart, return...

A spirited one becomes eager and is no longer willing to wait, embarking upon the feeder only to be told "get lost"by the alpha occupier. Another races forward and challenges, but the former continues to stand his ground as the two pose face to face shouting and fanning their white tail feathers. He pecks at the subordinate who subsequently yields. The elder more dominant male rules.

Black hoods, striking white bodies and delicate pink bills briskly flit from tree branch to the tangled denseness of nearby shrubbery. They are gone as quickly as they appeared. Such delight in the simple pleasures that surround us. 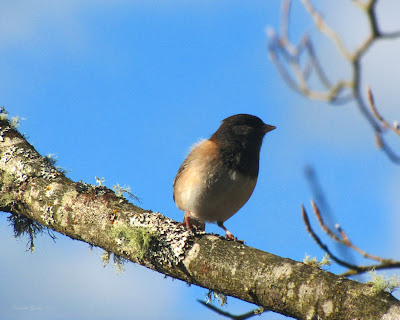 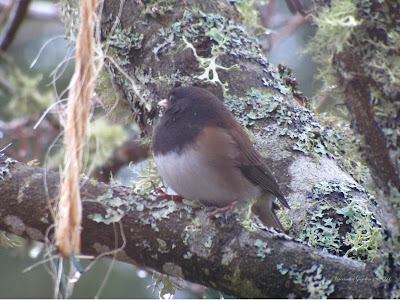 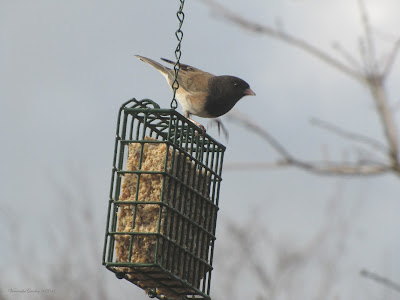 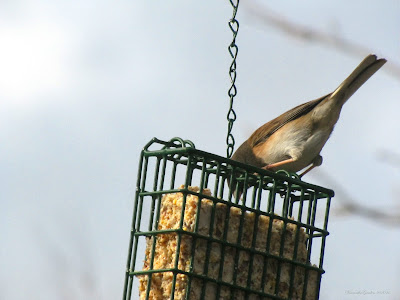 (enlarge and look at his beak) 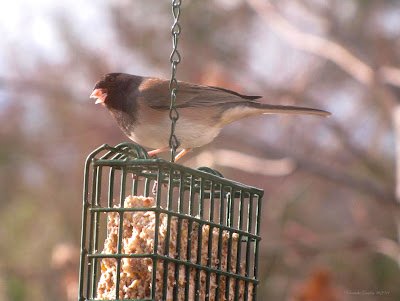 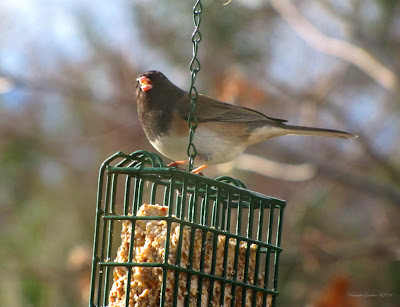 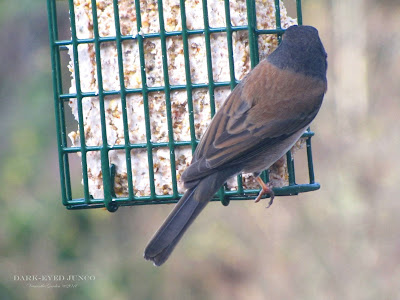 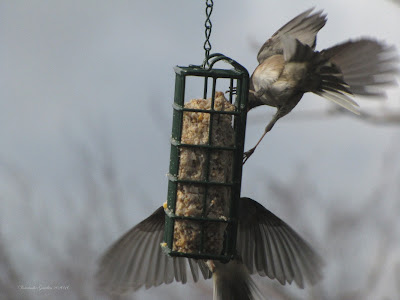 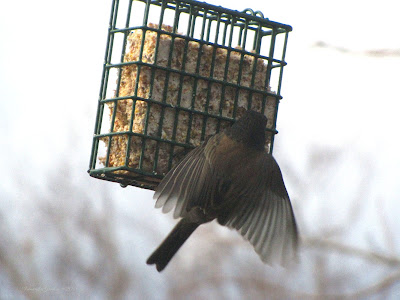