Sharp-shinned Or A Cooper's Hawk?

I had just finished taking photos of the Juncos and sat down at the computer to write about them when something flashed outside. He had swooped in and landed atop the wooden trellis, feathers spread and in this position remained, until he flew away. Ever so slowly he turned his head from side to side but never allowed me to see his front side. Suddenly he was gone. Magnificent!

Is he a Sharp-shinned Hawk or a Cooper's Hawk?

Cooper's Hawk I believe: dark cap with paler feathers on back of the neck; rounded tail, a squarer head; adult due to red eyes vs yellow

(do enlarge to view his detail) 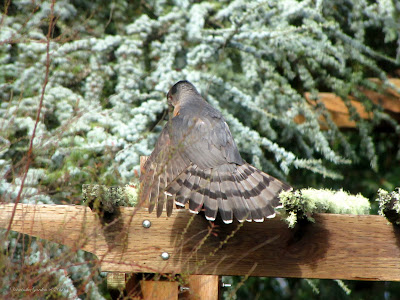 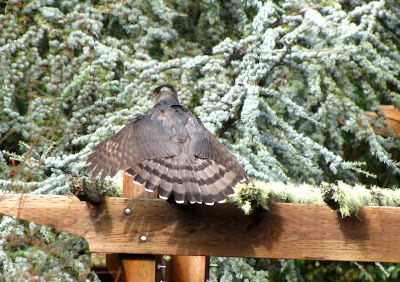 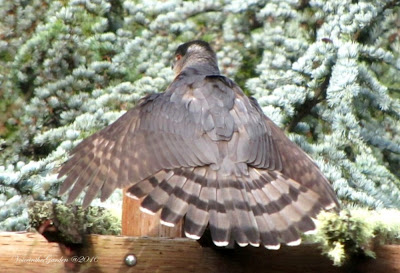